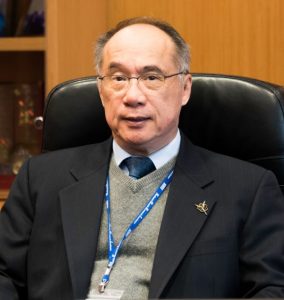 ALUMNI Q&A: KUNG-YEE LIANG MAKES IT TO THE TOP IN TAIWAN

Kung-Yee Liang (PhD, Biostatistics ’82) is the new president of Taiwan’s National Health Research Institutes (a blend of the CDC and NIH). One of the world’s preeminent biostatisticians, he pioneered statistical methods that have yielded new insights into disease risk factors and genetic epidemiology. He also led the country’s first medical university.

What is the role of the Institutes?

We serve as a think tank for the Taiwan government and, in particular, the Ministry of Health and Welfare. Our research has both clinical and public health implications, and our mission is fourfold: We provide policy recommendations, we conduct translational research, we help deal with national health crises, and we develop drugs and medical devices.

In what new directions do you hope to go?

A clear focus on our mission will enable us to make the biggest impact in Taiwan and around the world. I’m working to establish regular channels of communication with key government agencies, build relationships with other researchers across the country, and strengthen our international collaborations, especially with partners in the U.S. and England.

You’re a pioneer – what are you most proud of?

After graduating from the UW, I went to work for Johns Hopkins and remained there for 28 years. In 1986, Scott Zeger and I published a paper on the Generalized Estimating Equation. It’s a tool to be able to use data collected over time to make valid inferences about disease risk factors. We’re delighted that, to this day, it’s still used by researchers around the world. Additionally, I served as sixth president of National Yang- Ming University, the first medical university in Taiwan. The student body was cream of the crop, so to speak, but they needed to be educated in empathy. I worked to weave empathy into the curriculum and to empower students to use their skills to make a difference. That work was very satisfying.

How did your time at the UW influence your career?

It was the first turning point. I had never heard the phrase “public health.” It was at the UW where I realized public health was what I wanted to do. As biostatisticians, we provide the tools that help scientists to unmask the truth, to advance human health. I thought I could be useful. My training and this realization set a tone on my career. Also, the impact of my mentor, Norm Breslow, was immeasurable.

What did it mean to give back in Norm’s name?

After Norm passed away in December 2015, I wanted to honor him, so I contributed to the Norman Breslow Endowed Professorship. He had written on his office wall the phrase, “lead, follow or get out of the way.” To me, Norm was not only a leader, he was also an explorer. He was a great human being and a lifelong learner.

Your son, Jason, is also an alum of UW Biostat. What does the Liang legacy mean to you?

As a young boy, he had a strong interest in math, much like myself. I’m very proud to be a graduate of UW Biostat and I’m glad Jason studied there as well. He even took a course that used a book I co-wrote with Patrick Heagerty (chair of the department) and Scott Zeger. Jason now works at the National Institute of Allergy and Infectious Diseases. I should add that my wife, Yung-Kuang, is a proud UW alum as well.